Fullerton, CA– On Friday, the Marian Bergeson Excellence in Public Service Series recognized Young Kim with their highest honor by giving her their Lifetime Achievement Award at their 7th Annual Women of Character Awards reception. Young Kim was presented the award by Sara Catalan, former President of the California Women’s Leadership Association and Chief of Staff to Senator Ling Ling Chang. 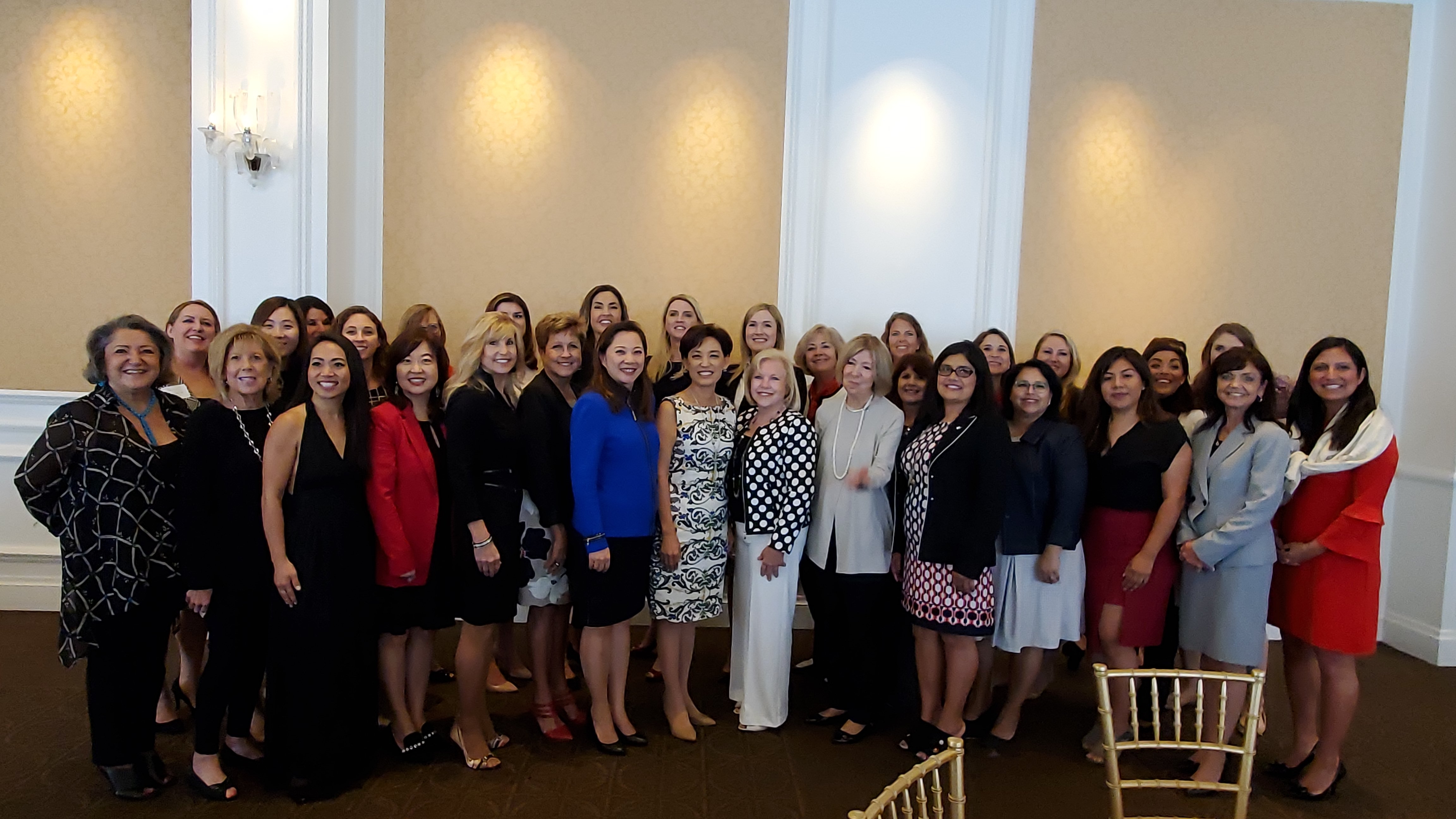 “I’m truly honored to be recognized with this Lifetime Achievement Award. I’ve been so fortunate to work alongside so many great public servants, like Ed Royce and Marian Bergeson, both of whom helped foster my desire and dedication to give back to my community and country that has given me so much,” said Young Kim, a former California State Assemblywoman. “I look forward to continuing to work in my local communities and provide the servant leadership that’s needed to make a positive and lasting impact.

The Marian Bergeson Excellence in Public Service Series is a highly-regarded, competitive program that seeks to increase the number of Republican women in elected, appointment political, volunteer, and staff positions at the local, state, and federal levels. A former State Legislator, Orange County Board of Supervisor and the California State Secretary of Education, Marian Bergeson was a political pioneer and the first woman ever to serve in both the California State Assembly and State Senate.

“I would also like to congratulate Yorba Linda Councilmember and 45th Congressional District Candidate, Peggy Huang, on receiving the Alumni of the Year Award, and congratulate the impressive and exceptional 2019 graduating class. They are our future leaders and I really look forward to working with them,” added Kim.