Fullerton, CA – Congresswoman Elise Stefanik’s Elevate PAC (E-PAC) announced its first slate of rising stars last month and welcomed the group of Republican women to Washington, D.C. this week. Young Kim was one of eleven Republican challengers endorsed by the Congresswoman for the 2020 election. To qualify for the Elevate PAC’s list, a candidate must have at least $250,000 raised in their first full quarter after announcing, a built-out campaign team, and the ability to prove a path to victory. 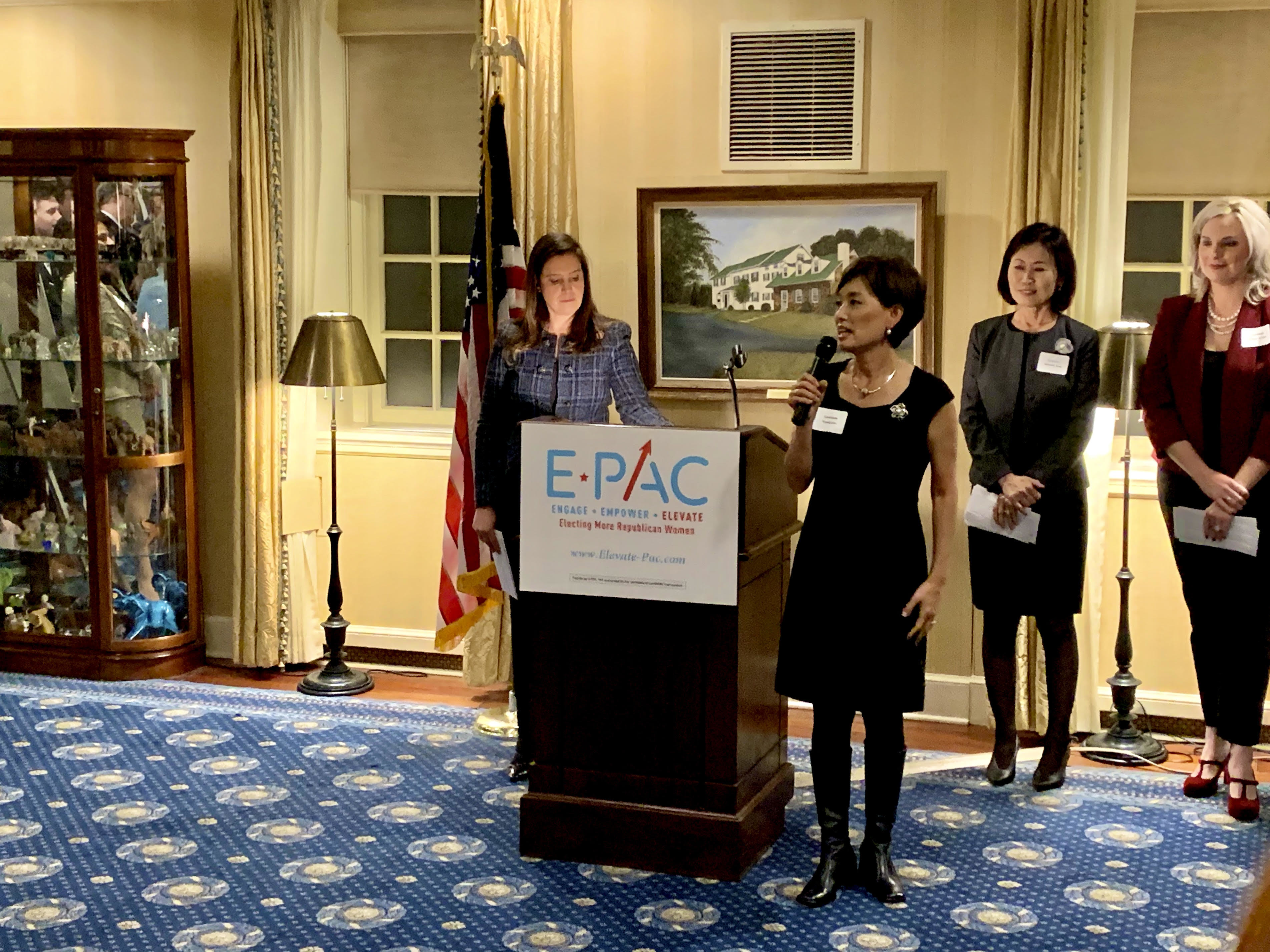 “I am honored to have received the endorsement from E-PAC and join this group of impressive Republican women leaders,” said Young Kim, a former State Assemblywoman. “There is clear momentum not only to win back key congressional districts across the country, but to do so with leading Republican women candidates. It’s a privilege to share a spot on this list with these outstanding women candidates.”

Congresswoman Stefanik created E-PAC after the 2018 midterm election in order to increase the number of Republican women serving in Congress. The PAC’s goal is to engage, empower, and elevate strong female Republican congressional candidates and to ultimately increase the number of female Republicans serving in Congress. As one of the leading GOP organizations in Washington, E-PAC asks candidates to meet rigorous benchmarks and works with women in key districts through the primary and general elections.

In E-PAC’s announcement, Congresswoman Stefanik stated, “E-PAC’s mission is to recruit and support a formidable group of Republican women running for Congress in 2020, and these candidates have demonstrated their strength early on in their races. I worked with each of these candidates to ensure they are building strong, competitive campaigns, and I’m proud to endorse them today.”

Along with E-PAC, Young Kim’s fight to unseat Gil Cisneros is attracting increased attention from a variety of outside groups, showing the viability of her candidacy. Kim has been endorsed by VIEW PAC, another organization helping elect Republican women, and has also been recognized as an “On the Radar” candidate by the National Republican Congressional Committee. Along with the national recognition, Kim has a growing list of local endorsements.